DFC has very strict core criteria that we utilize to be able to provide the highest quality engine on the market. We do so to ensure that potential failure points are addressed as the remanufacturing process is all about attention to the most minute of details that can make the difference between a lasting engine or a subsequent failure. While every effort is made to prevent a core charge deduction when returning a core, we like to remind our valued customers that what they are purchasing has passed our strict quality control measures, and we need to be able to use their core to supply our next valued customer with the same quality as you would expect.

We stock only the highest quality diesel engine parts, making DFC one of the best Edmonton engine rebuild shops. As most Dodge, Ford and Chevy truck owners have some form or another of aftermarket accessory such as a programmer, intake or exhaust system, and injector/turbo upgrades we at DFC build every engine to handle these engine enhancements. We do this instead of denying warranty like most other manufacturers, and this all begins with our core selection.

Here is a list of the most common core problems and why we reject them when others would not.

While cylinder sleeving has become common practice in the industry it does also increase the possibility of additional problems if not done correctly. Even with proper crush we have seen sleeves crack resulting in engine failure which is why cores received with rust pitting and cylinder wear in multiple cylinders that cannot be bored out are scrapped.

Cracked cylinders are also not repaired and would be sent for scrap. Engines such as the 6.0 and 6.4 if contain noticeable coolant and oil sludge are scrapped as they are common for cracks in the main web and head bolt areas are not worth risking in a rebuild. 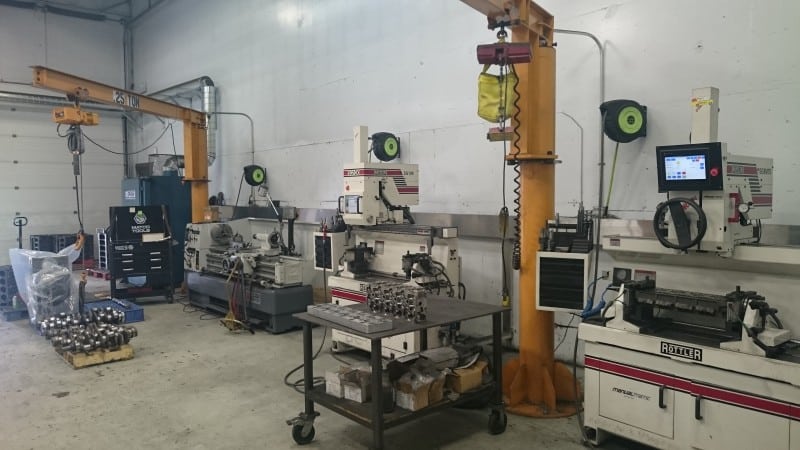 Most crankshafts have oversize bearings available to them in 0.010”, 0.020” and 0.030” over sizes. While many crankshafts will clean up, the damage done to the journals can remove the hardness which would result in a premature bearing failure in the future. Our current criteria for the following engines is:

Chevy/GMC Duramax 6.6 – These crankshafts have a nitride coating that is approximately 0.001” to 0.002” thick and if ground and not nitrided again WILL fail. Any Duramax crankshafts that require grinding are scrapped.

While most Dodge, Ford and Chevy diesel engines have fairly robust main cap designs, special attention must be given to this critical area as it receives the most engine load.

The Ford 6.0 and 6.4 engines utilize a one (1) piece main cap that when overheated, will distort when dismantled, rendering unusable.

The Chevy/GMC 6.6 engines have a four bolt main, but if requires a main line, does not have much additional backlash available on the crankshaft to camshaft drive gears to always be accommodating. The known failure of broken cranks in these engines usually causes distortion in the main journal which can make the block unusable.

The Dodge 5.9 and 6.7 engines are least common with main line issues of the three manufacturers and typically only have issues when overheated excessively or run out of oil. When found to have a spun main bearing the block and crank are discarded.

Cylinder heads are the one component most rebuilders cut corners on for cost savings purposes by reusing as much as possible. This can include valves, springs and seats with some using bronze guide liners which WILL cause premature oil consumption in these diesel engines, or just replace the minimum number of guides as possible. As we at DFC replace ALL of these items as a mandatory requirement our primary focus on usable cores is cracks found in the cylinder head. Cracks found that do not protrude past seat areas such as on the 6.0 and 6.4 engines, are cut out and have hardened seats installed in the previous materials place and would still be considered a reusable core. Cracks that extend seat to seat are rejected and thrown out for scrap.

Certain engines have core deductions based off of damaged covers and oil pans more than others as some are more common to have constant fallout on these items. The primary engines that have front cover deductions are the 6.0 and 6.4 Powerstroke for water pump and low oil pressure pump housings. The common engines for oil pan deductions are the 5.9 and 6.7 Cummins as they are damaged often during removal and shipping.